What is anti-lock braking system?

The anti-lock braking system is abbreviated as ABS, which is a kind of safe anti-skid braking system for aircraft and land vehicles, such as tractor, cropper, trucks, and soil shifter. The role of ABS is to automatically control the braking force of the brake when the tractor is braking, let the wheels do not be locked, and the slip rate is about 20% to ensure that the adhesion between the wheel and the ground is at a maximum.

The development of the ABS system dates back to the early 20th century. In the late 1970s, with the rapid development of digital electronics and large-scale integrated circuits, a technical foundation was laid for the practical development of ABS systems. Many companies have successively developed various forms of ABS systems. Since the mid-1980s, ABS systems have evolved toward cost-effectiveness. Some companies have simplified the structure and system optimization of ABS, and introduced economical ABS devices. Even some companies have introduced rear-wheel ABS or four-wheel ABS systems for agriculture machines and passenger tractors. These efforts have created conditions for the rapid spread of ABS. The ABS system is considered to be the most important technical achievement in terms of safety since the use of seat belts in automobiles. 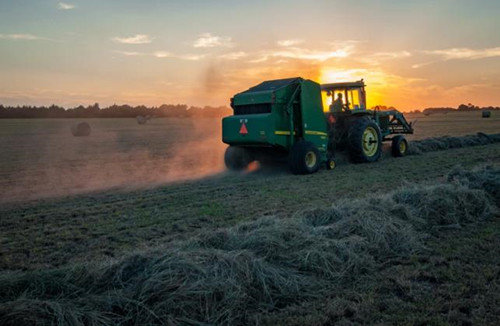 What is the role of the ABS system? The anti-lock braking system can improve the safety factor of the agriculture machine vehicle's emergency brake when driving. In other words, tractors without ABS are prone to tire lockups when emergency braking is applied in an emergency situation, which is the steering wheel cannot be turned, so the risk factor will increase accordingly and it will easily cause serious consequences.

Single channel ABS generally controls the two rear wheels according to the principle of low selection. A single-channel ABS cannot make full use of the adhesion of the two rear wheels, so the braking distance may not be significantly shortened. In addition, the front wheel brakes are not controlled, that means they will still lock up when braking, so the steering ability is not improved. However, the two rear wheels will not lock up when braking, so it can significantly improve the braking system. The directional stability when moving is a great advantage in terms of safety. Besides, it is widely used in light trucks because of the simple structure, low cost and other advantages.

In summary, the ABS device has the function of shortening the braking distance. However, the price of different types ABS devices varies greatly due to their composition and other reasons. Therefore, when buying an agriculture machine, you should not only focus on the price, but also understand which type of ABS device and other tractor parts is used, such as clutch cover and tractor repair supports. 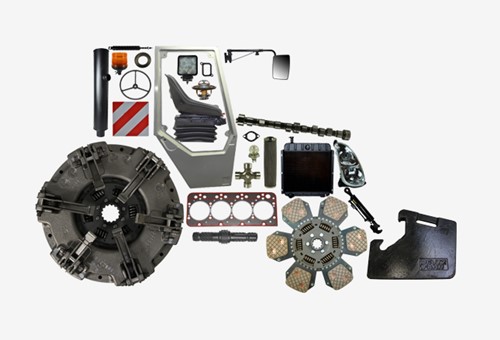 Regarding various parts of agricultural machinery tools tractor spare parts, please feel free to send us your inquiry. We will use our professional knowledge and good prices to help you win the market.